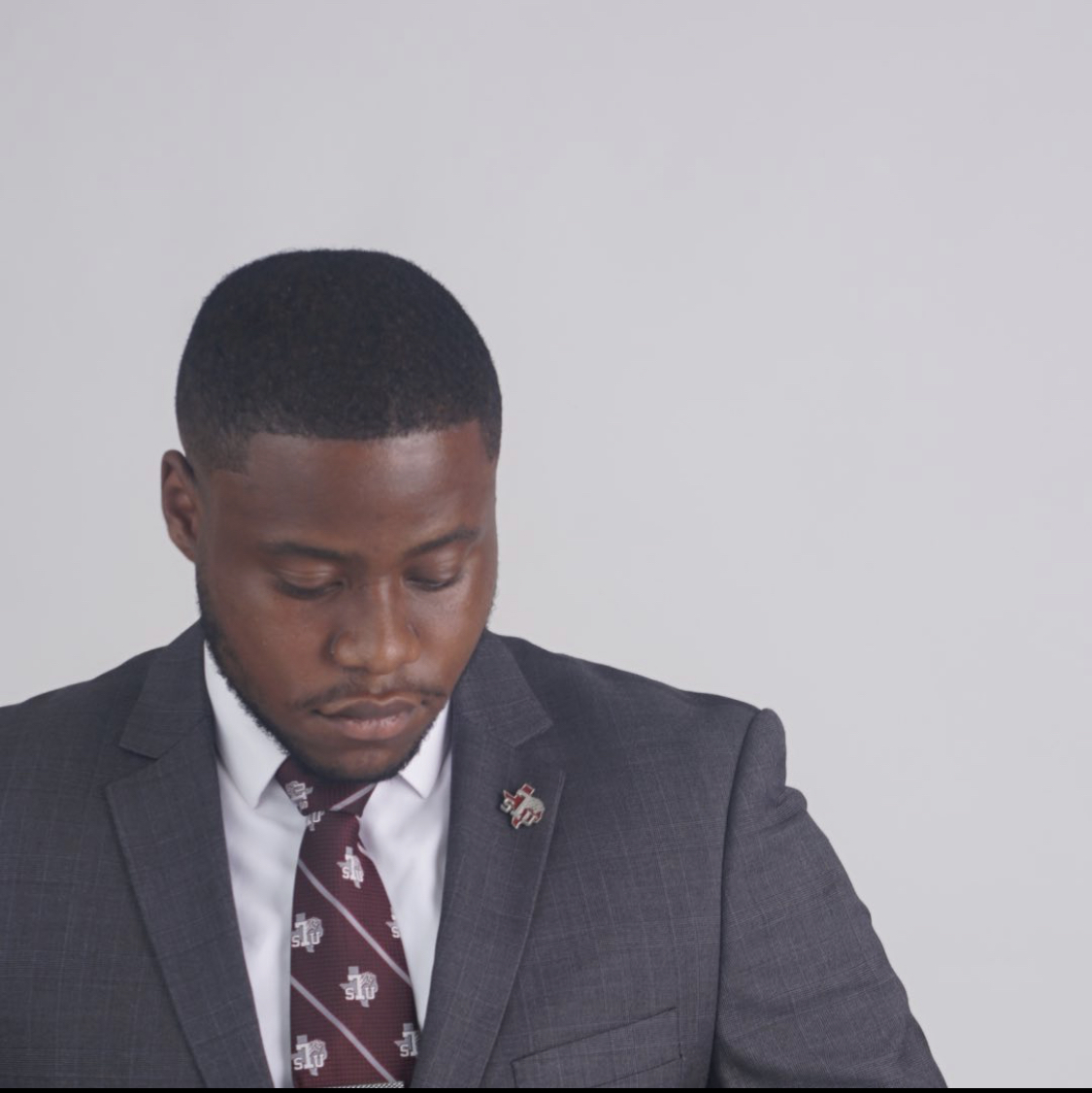 Coming from a family of Black women educated at Historically Black Colleges or Universities, senior D’Angelo Colter was certain he would attend an HBCU.

His sister is a graduate of the esteemed Howard University in Washington, D.C., and his aunt is a graduate of the illustrious Texas Southern University in Houston. While some may consider it fate for Colter to find himself on the same Tiger Walk as his aunt, he does not. In his mind, Howard was the “mecca” of HBCUs, as he put it. Referring to it as his former “dream school.”

Colter’s big smile hinted that there was more to the story that explained what brought him to Houston. The charismatic senior’s excitement was palpable through the screen as he discussed a variety of subjects, from the factors that influenced his decision to attend TSU to navigating the rigors of undergrad life as SGA President.

“I started to kind of do my own research when it came to HBCUs,” Colter said. “And I started to venture off into my own journey.”

As is the case with most younger siblings, following your older siblings’ tried and true path is an alluring prospect. Colter, on the other hand, was determined to forge his own path.

“I didn’t want to be with my sister. I wanted to be somewhere I can make my own legacy.”

Colter’s ambitions quickly outgrew his hometown, which lacked the melting pot of cultures and opportunities that a large city provides. The native Texan hails from Grapeland, a town in Houston County with a population of 1,485 and a racial makeup of just 34.94 % Black residents.

“I visited [TSU]. I liked the environment‑‑‑ the feel of TSU,” said Colter. “Even if it’s far from home, it’s not too far from home because I’m only a couple of hours away.”

Colter, who has lofty ambitions, cited Houston’s position as the fourth largest city in the country as a factor in his decision to attend Texas Southern. The Grapeland native desired the inclusion of a metropolitan city capable of nurturing his future endeavors.

“It was just the culture of Houston, just how it was,” Colter said. “It just captivated me‑‑‑That’s why I chose Houston.”

Colter, who is expected to graduate next semester with a Bachelor of Arts in political science, proudly wore his mustard-colored crewneck indicating his recent initiation into Alpha Phi Alpha Fraternity Inc. He emphasized the importance of developing a system that works for him to balance life’s demands and his own mental health, referencing the achievement as another item on his “plate.”

“One of the biggest things for me, especially with being SGA president and a student on top of my other responsibilities is mostly time management,” said Colter.

The senior is constantly on the move as SGA president, juggling classes, meetings, and other scheduled events. Colter, a firm believer in seizing the day, incorporated the advice of his previous mentors, “time is of the essence,” into his philosophy, alongside the importance of cherishing each moment.

Colter gradually learned to “delegate” his time and communicate with his SGA staff members in order to avoid overburdening himself.

“Time management is really the biggest thing that I would have to say,” Colter said. “And planning my schedule ahead.”

Colter frequently refers to his previous mentors and the pearls of wisdom they passed on to him during the discussion. It’s difficult to miss his admiration for those who shaped him into the man he is today.

Having confidence and never feeling intimated, are just two of the pearls Colter shared. He intends to use this combination to pursue a gubernatorial position and a career in public service following the completion of his degree.

Colter, who drew inspiration from politicians, has always admired life in public office. Among those who have inspired the senior are Sen. Rafael Warnock (D-Ga.), Vice President Kamala Harris, and “of course” former President Barack Obama.

“Hearing their stories about how they started actually working and making effective change in policy before they ran for office,” Colter said. “That’s my biggest inspiration.”

Colter, who is not oblivious of the Texas political scene, contends that the red state can turn blue with the right representative leading the charge. The 74th SGA president, inspired by Stacey Abrams’s Georgia gubernatorial campaign, believes he can flip the “battleground” state.

“[I] read her playbook on how she helped flip Georgia blue during the 2020 election and just reading and seeing her strategies‑‑- That’s what really inspires me. If she can do this? I know that Texas has the ability to do it, too,” said Colter.

Colter’s ambitious plans will soon add him to the list of notable Grapeland, Texas residents that includes Ruth J. Simmons, the current president of Prairie View A&M University, and Tony Jones, a 1990 NFL player for the Houston Oilers.

A young woman’s empowering journey toward service to others, and more

The TSU Tigers made history by beating No. 20 Florida