KTSU2 officially launched on February 19, 2019 with original programming. The Radio Drama, a joint initiative between the School of Communication and the Visual and Performing Arts Department, is an original drama written by internationally noted playwright and TSU Theatre Professor Thomas Meloncon. Entertainment, Recording, Management Professor Israel Neuman designed the sound for the performance.

Assistant Dean and Journalism Professor Serbino Sandifer-Walker serves as the executive producer of the drama.

“The show will have you on the edge of your seat from beginning to end,” said Sandifer-Walker. “It’s a wonderful collaboration between the School of Communication and the Visual and Performing Arts Department that’s giving our students live, hands-on experience. It’s filled with suspense, intrigue and drama.”

The drama puts a fresh twist on the golden age of radio docudramas with sound effects, original music, live video stream, social media and more. The first episode is titled Legacy and weaves in the storied history of Texas Southern University but there’s a twist in this episode, which could strain the budding friendship of three college coeds. 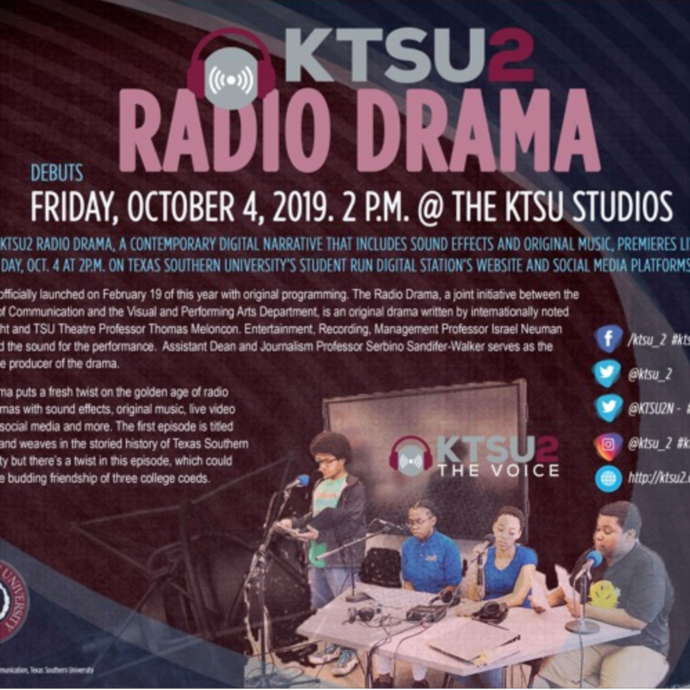