Time steadily ticked away as Jonah Elijah only had two days to complete the biggest project of his rising career.

Within those two days, the Houston Third Ward native sketched and painted a two-block-long Black Lives Matter mural to honor the life of a Houston native, whose name resonates around the world.

George Floyd is the man the mural would honor. The crimson and gold painting would be anchored in front of Jack Yates High School on Alabama Street, both Floyd and Elijah’s alma mater.

The condensed deadline was just one of the many obstacles the artist confronted. Persisting through each challenge, Elijah was determined to complete the project alongside his community for the official unveiling on Saturday, Feb. 6.

“We were going to get it done,” Elijah said.

On Thursday, Feb. 4, the sketching of the mural began with an army of volunteers.

“Every day was a challenge,” Elijah said.

Then Houston’s unpredictable and inclement weather posed a threat for Elijah and the team of volunteers by Friday, Feb. 5.

By 8:30 a.m., the storm clouds moved in; then a brutal Texas rainstorm would drench the sketched pavement, leading to a delay in progress. With little to nothing actually filled with paint, Elijah was in a predicament. Only a day before the unveiling, Elijah couldn’t afford to postpone any more time.

The weather separated the team, as they had no choice but to stop. The Houston Public Works team recommended that Elijah allow the ground to dry before starting again. To pass time, Elijah visited a nostalgic spot of his adolescence.

He decided to get a haircut from his childhood barber. While the barber trimmed his hair, Elijah contemplated the urgency of the situation. He knew the mural was nowhere near done. With some advice from his barber, Elijah went back to the school and began his race against time.

He was the only person there with just 2% battery life left on his cell phone. He needed help to reach his fast-approaching deadline.https://89f0fb755c824cbc3f2fac993a6a3977.safeframe.googlesyndication.com/safeframe/1-0-37/html/container.html

Using his last bit of juice from the cell, he made an Instagram post, inviting volunteers to come and help him.

As Elijah tirelessly rolled the paint onto the damp pavement, Kelton Penson, a former teacher of Elijah, casually drove past. Surprised to see Elijah by himself, Penson asked what he was doing there by himself.

Elijah said he had to finish the painting on time. Penson wanted to help, so he went to Facebook Live to invite the community.

Within minutes help was on the way.

Elijah’s mother, father, and another former teacher showed up to assist with open arms. More than 20 people showed up to help.

The community bonded together, grabbing paint and rollers, as they collectively tackled the mural.

By midnight most of the mural was done.

The vigorous hours of rolling were a showcase of resilience from the community and Elijah, proving that working together for a common cause was possible. This mural was particularly important to Elijah as he described when he first heard of Floyd’s death.

“George Floyd passed away five days after my birthday. I was on a high and brought right back down low,” Elijah said. For days the media covered the incident.

After seeing images of Floyd across the media, Elijah recognized the familiar face.

“This was really close to home for me. I saw that he went to Yates too. He was some of my friends’ fathers’ ex-teammates. It really just hit me hard,” Elijah said. He knew how much this mural meant to everyone in the community.

Finally, Feb. 6 approached, the day of the parade, Elijah and the team frantically continued to work as the parade went on until the mural was done. The bright crimson and gold glistened, as the sun crept out of the heavy clouds. The crowd of civilians gathered on Alabama Street as the team added the finishing touches.https://89f0fb755c824cbc3f2fac993a6a3977.safeframe.googlesyndication.com/safeframe/1-0-37/html/container.html

At 1:45 p.m. the ribbon was cut. Texas Southern University’s Ocean of Soul sonically led the way for the crowd of anticipating civilians. A storm of suited bikers then roared through the parade, with the sounds of engines and exhausts trailing the streets. After hours of hard work, Elijah was pleased with what they had accomplished.

It was more than a painting, it was a symbol of unity for the community, the artist said.

The Los Angeles based muralist graduated from Yates in 2012 and earned a Master’s degree in 2020. He was hand picked by his community to design and paint the mural. He wants it to be an inspiration to the students of Yates.https://89f0fb755c824cbc3f2fac993a6a3977.safeframe.googlesyndication.com/safeframe/1-0-37/html/container.html

He said members of the Floyd family said the Alabama Street mural was the most important mural to them because it’s located in their hometown.

George Floyd died on May 25, 2020 after a Minneapolis police officer kneeled on his neck for 8 minutes and 46 seconds. The entire incident was videotaped by eyewitnesses and broadcast on social media. Floyd’s death led to protests across the nation and a bill titled The George Floyd Justice in Policing Act of 2020 was introduced in Congress to address police reform. Floyd has been honored across the globe, but this particular mural touches the hearts and souls of those who see it.

Elijah hopes the mural will bring change within the community and throughout the world.

“This will shift change, it might not happen right away, but it will happen eventually. That’s the legacy, it’ll be a stepping stone for unity amongst us all,” Elijah said.

Lydia Dillard is a journalism major with a focus in advertising and public relations. Dillard wishes to continue her education with a Master’s or law degree.

The librarian whose determination became a storied part of Houston history 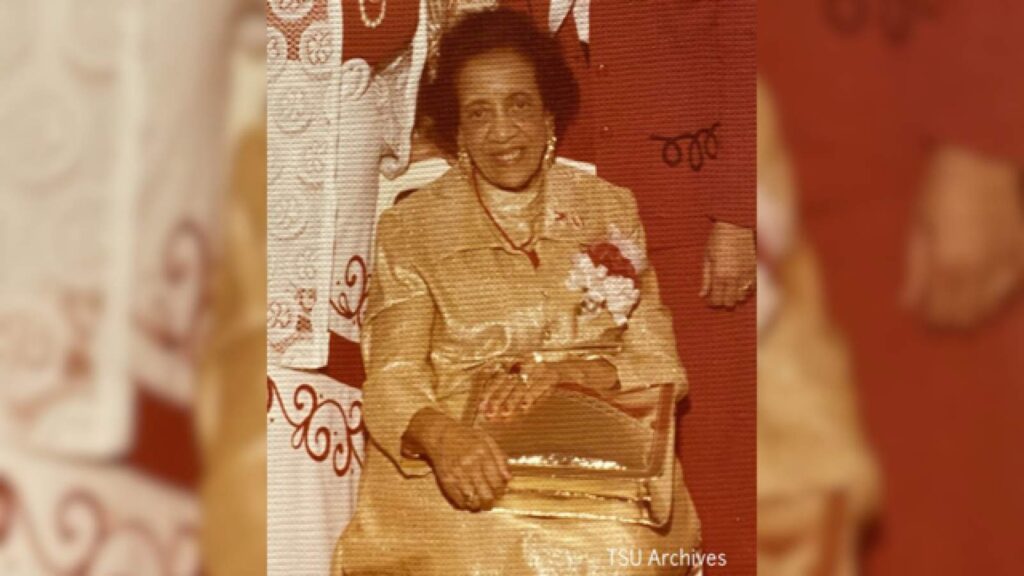