Some concertgoers at Travis Scott’s AstroWorld Festival placed the tragic turn of events on the show’s aggressive crowd.

The aftermath of the show has left the city in mourning, with a total of nine fatalities. The two-day annual festival kicked off in Houston on Friday, Nov. 5.

What was intended to be a weekend-long event was cut short due to the overwhelming crowd surge, resulting in mass fatalities.

Attendees described the crowd to be overly aggressive, finding it difficult to maintain their balance and breathe in a sea of unruly people. According to reports, the crowd was extremely rowdy during Don Toliver and Roddy Rich’s set but quickly became more intense during Travis Scott’s.

Dorothy Doolittle described the crowd during Roddy Rich’s set as overtly aggressive than any other festival she has ever attended.

“One guy actually put his hand on my friend’s neck, and grabbed her so he could get through,” Doolittle said. When she confronted the man about his aggression, he dismissed her and then referred to them as “bitches.”

According to Alicia Morales, women were passing out during Toliver’s set. Morales and her friend were knocked down during his performance.

They did manage to knock me and my friend down […] When we were on the floor, it felt like if you didn’t get up fast enough, they were going to squish you,” Morales said.

Having been to AstroWorld Festival before, Morales also stated that there was a lack of crowd control this year.

“Nobody helped us get up. People were actually trying to take our spots,” she said.

Following Toliver’s set, attendees rushed to the next stage in anticipation of Travis Scott’s performance. The crowd was dense, reports of thousands of people piled on top of one another.

According to one attendee, it was nearly impossible to escape the crowd. However, Acevedo said he managed to find his way out after he realized the crowd was too intense.

It was insanely hard to get out. In 2018 [AstroWorld Festival], when you wanted to leave, people would make a path for you. I noticed on Friday, that people were really aggressive and didn’t want to let you out,” said Acevedo.

Witnesses said as the show went on, the crowd intensified. With this, people continued to pass out, some of the bodies being completely lifeless.

Morales claimed that her face turned white as she was being squished in the front of the crowd.

She decided to leave the crowd as she was out of breath. As they attempted to flee, Morales became separated from her friends and found herself surrounded by men. Despite her pleas for help with her breathing, the men simply looked at her and continued to dance, she explained.

“I was the only girl, surrounded by guys. I couldn’t breathe anymore, I felt my heart giving up on me,” Morales said.

She managed to find her way out, but witnessed a lifeless body on the ground, with two other unconscious bodies. The crowd in her section began chanting, “Stop the show,” but the other half of the crowd was unaware of what was happening in the front, and Travis continued the show.

On the far-left side of the crowd, Acevedo witnessed a few unconscious bodies but was not aware of the severity of the situation.

“I think you had to at least be towards the middle of the crowd to really know what was going on. Since I was towards the back, I didn’t know. I thought people were just passing out because they were too drunk or dehydrated,” he said.

Doolittle exited the festival at the start of Travis’ set, claiming that the crowd had made her feel uneasy since Roddy Rich’s set.

The mosh pits were so insane, to the point where I was holding on to other girls, jumping up and down, not really having fun, but just because I needed to. If you don’t move you could potentially get hurt,” Doolittle explained.

Travis Scott finished his entire set, according to Morales, he stopped the show for one man who was unconscious and being carried out of the crowd.

Many of the concertgoers say that the fault should not fall all on Travis Scott. Though he should hold some responsibility, many of the attendees were severely problematic.

Acevedo said Travis should have done more to help, but the initial fault lies with the crowd.

“It was the crowd’s fault […] There was this group of guys with hoodies, and they would just stand in a line towards the back and run altogether and push people up,” he said.

Witnesses claim that the crowd was intentionally aggressive creating an unsafe environment for everyone.

“Everyone was just trying to get to the front of the stage, they didn’t care if you were hurt. Crowd control just wasn’t there,” Morales said.

The night ended with hundreds of people emitted into the hospital, and a total of eight people dead.

Travis Scott is reportedly reimbursing all ticket holders. While some believe this is a good start, others believe it is insufficient and will not restore the lives lost. 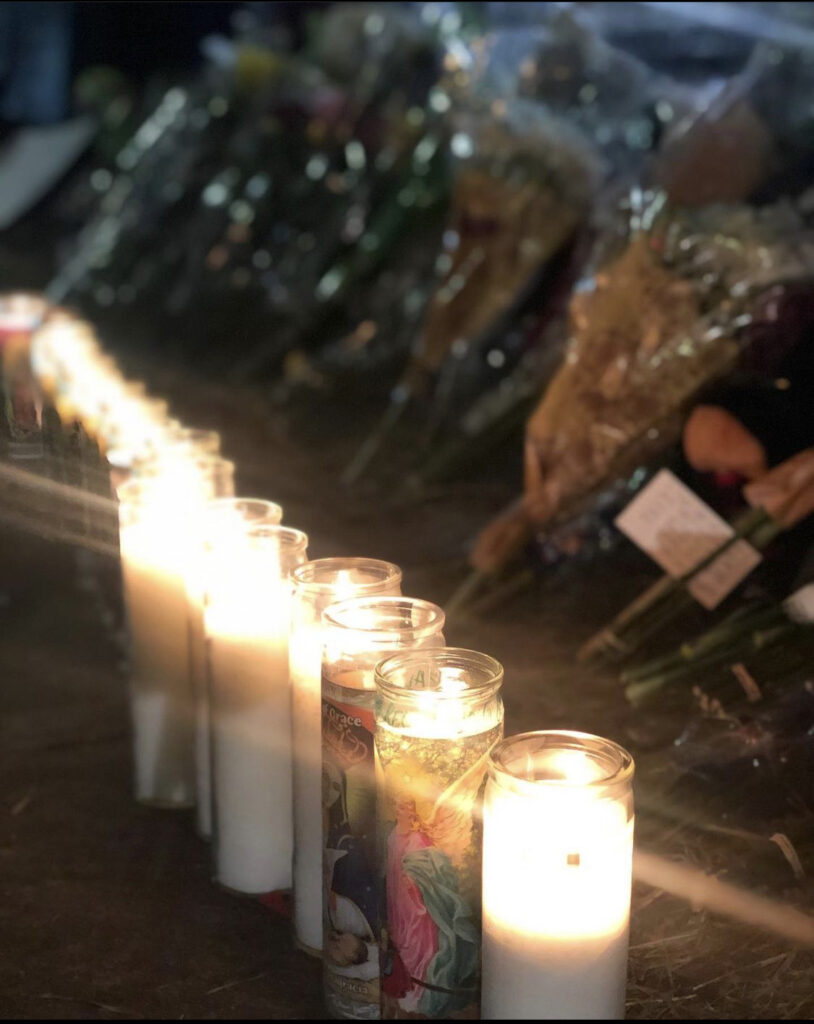