Written by Karina Hollingsworth on August 5, 2021

Black Men Feed Houston is working to end hunger one bag at a time at the Texas Southern University Catholic Newman Center.

The leaders created care packages including sandwiches, deodorant and other personal hygiene products.

“The purpose of Black Men Feed Houston is to unite black men for a good cause, and also to serve the people that are homeless in the Houston area,” Howard University junior Alafia Bailey said.

Black Men Feed Houston is modeled after 10 for 10, which was founded by Peter Lubembela.

The 10 for 10 community service organization motivated Bailey to recruit Black leaders from other HBCU’s.

“I feel like you rarely see black men united for a good reason outside of the TSU campus,” Bailey said. “TSU has black organizations. I also wanted to unite black men for a good cause in the Houston area.”

Equipped with a DJ and plenty of volunteers Black Men Feed Houston filled up a truck and two cars with over 500 care packages.

“I just thought it would be good to do some service, spread worship, pray for people, give out friendship and unity,” Grambling State University junior Reginald Jackson II said. “It’s a beautiful Saturday and you have a bunch of black men here together making sandwiches in order to do something good for the community. There is nowhere else I’d rather be than right here.”

Donations can be made on Cashapp at $BLACKMENFEEDHOUSTON, organizer said.

TSU’s career center has scholarships and jobs just for you 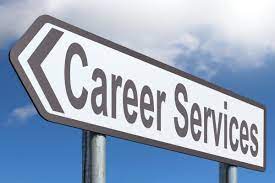