Written by Christina Abay on February 5, 2022

Houston, TX— Wearing a monochromatic ensemble, the seasoned storyteller quips that he has received all three of his vaccination shots before removing his mask to admire the renovations at his old stomping ground.

When Napoleon Johnson began his storied career at KPRC in 1971, he was the fourth African American television broadcast journalist in Houston—providing a platform for an entirely new generation of Black journalists to embark on and forge their paths.

“It’s totally new and beautiful, and I really would need a map to get around this,” Johnson said. “It’s much different from what I remember, and we moved into a very modern, you know, state-of-the-art building back in the day, but this is an even greater improvement.”

His illustrious broadcast career spanned a decade; then, he spent 25 years at Houston Community College and another 10 at his alma mater, Texas Southern University as a journalism professor, before retiring for the second time in May of 2020, leaving large shoes to fill.

Johnson discussed his time with the news organization and how his career as a journalist began following a chance meeting with the chief cameraman for the Eyes of Texas, which was narrated by Channel 2’s then-news director, Ray Miller.

“I met with the news director. He actually sent me out on an assignment,” Johnson recalled. “And so, I went out, got the information, came back, and left. And so, in a couple of weeks, he called me, and I came in, and I sat at the desk in the studio and recorded, you know, looking at the camera, what I had done.”

Johnson’s reporting must have impressed Miller, as he offered him a position and assigned him to his first “real” assignment in late August, covering the closure of Wheeler Avenue, which ran down the middle of TSU,  and effectively witnessed the emergence of a “real campus” at the Historically Black University.

While his distinguished career as a trailblazer for African American journalists in Houston laid the groundwork for others, his coverage of the education and medical industries in the city’s surrounding areas earned him the respect of his peers.

“For the first couple of months, I did general assignments; and then later they made me the education and medical reporter, which I knew nothing about,” Johnson said. “But you prepare yourself, you know?”

According to Johnson, the most significant change in journalism since he began reporting is the evolution of technology and the growing demand for trustworthy storytellers. In addition, Johnson said that having an interest in the field is a “high calling” and holding government officials and “business capitalists” accountable.

“When I first started, we were using film, you know, film cameras. We used to buy tons of film,” he reflected. “And then maybe about halfway through my tenure here, we switched to the electronic cameras, what we call ENG — electronic newsgathering. And that changed things quite a bit. And now, with digital and that kind of thing, I think technology has changed. But storytelling is still the same.”

“We need to still get the facts, still stick to the truth because we’re supposed to be truth-tellers,” he added.

On the other hand, Johnson’s lasting message to aspiring journalists is to always strive for and prepare for what you believe. With a lifelong passion for reading and writing, he became the editor of his high school newspaper. Then, he honed his reporting skills at his college newspaper and he was a technical writer and editor for NASA before landing at KPRC.

“If you have a passion for journalism, then prepare yourself for it. Study hard, [and] look for opportunities to intern as much as you can; write for your school newspaper. Get as many internships as you can and seek out those kinds of opportunities. Things have changed, so there are a lot of opportunities,” Johnson said.

When asked how he would like Napoleon Johnson to be remembered, he proudly displayed his Public Health Award for Media Excellence from the Texas Public Health Association.

And he instinctively responded, “I’ve always strived for excellence.” 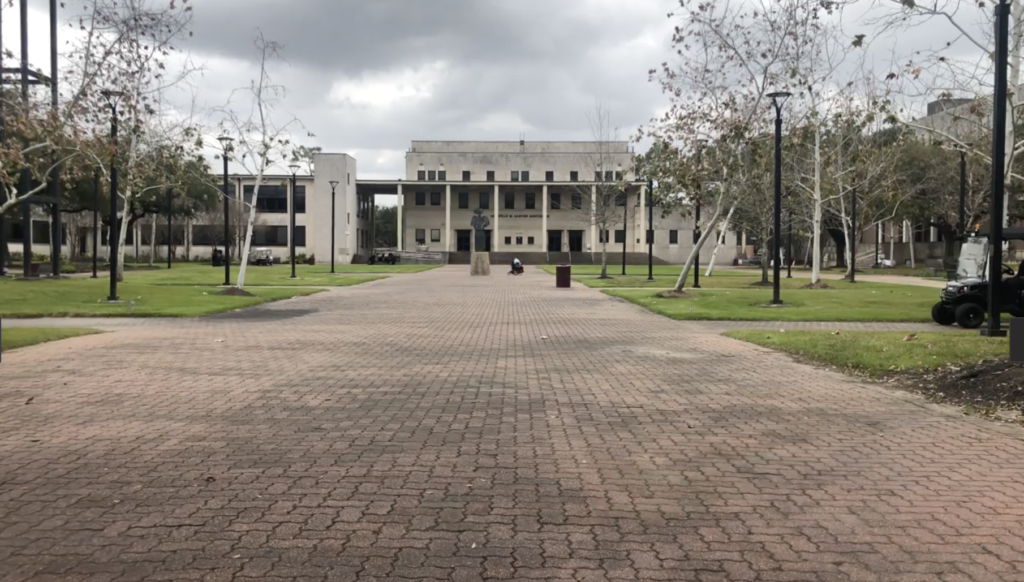 Fudge Serves Up The Truth