Houston, TX— Texas Southern University Student Government Association representatives were united in opposition to U.S. Sen. Ted Cruz’s visit to the university on Tuesday, Feb. 22, despite the Republican leader’s assertion that he was there to assist the university during a meeting with the school’s new President and hand-selected students.

In a letter posted Monday ahead of the senator’s visit, the SGA referenced the country’s current political climate and other grounds to boycott the meeting. To “preserve” the prestigious institution’s heritage, as well as those of other historically black institutions and colleges, the F.O.R.C.E. Administration said as a campus representative that it would forgo participating in this event, the statement said.

Dexter Maryland, SGA Attorney General, sheds light on the term “boycott” to alter the narrative around the demonstration’s purpose. In collaboration with the student government, Maryland argued for a protest that eschewed violence and hatred in favor of a peaceful and cohesive stand on a critical topic.

He advised students to go if they wished to engage in the discussions – before the fact that administrators would invite-only a hand-picked number of pupils. However, the primary goal was to exhibit unity with the overwhelming feelings of the students.

“We did a poll, and the majority of the students said that they were not comfortable with us going to sit down with [Sen.] Ted Cruz during Black History Month,” Maryland added. “So, we stood on that because we are the F.O.R.C.E. administration, so we’re going to make sure that we are representing the students.”

The Texas senator spoke with reporters immediately after, throwing light on the private meeting, and claimed to have had a “really good” discussion with university administrators, as well as undergraduate and graduate students.

According to Cruz, the conversation covered a variety of subjects, from federal financing to the incredible job TSU is doing to provide opportunities for Texans and people nationwide.

“There’s a lot of improvement that needs to happen,” said Cruz. “We’ve seen at the federal level; we’ve seen about $5 billion in new funding for historically black colleges and universities in the wake of COVID.”

He added, “I think that was positive and beneficial, but there remain real needs, real priorities. I have a deep passion for education. I think education is [the] foundation of opportunity— And I think the folks at TSU are doing a fantastic job helping educate a next generation of leaders.”

Cruz indicated that he intends to collaborate closely with the university administration to enhance TSU students and alumni opportunities. He focused on one of the several topics discussed at the roundtable discussion in relation to such prospects.

“One of the things we talked about is that the most important thing for young people coming out of school is to have jobs; to have the opportunity to go, work and succeed,” said the senator to a group of reporters. “So, we want to keep an environment of low taxes, low regulations for small businesses.”

The senator’s visit comes only days after he made an incendiary remark regarding Black women serving on the US Supreme Court.

Ayesha Walker, a junior majoring in broadcast journalism, confronted Cruz as he left the institution and questioned his last remarks about President Biden potentially selecting a Black woman to the nation’s highest court, which he characterized as “offensive.”

While the senator offered an unspecific response, stating racial discrimination is “wrong,” Cruz then shifted the focus back on President Biden’s tenure as Delaware senator from 2003 to 2005 when he filibustered former President Bush’s nomination of Janice Rogers Brown to the U.S. Court of Appeals for the D.C. Circuit, ultimately voting three times against her confirmation.

Only four students, according to accounts, took part in a roundtable discussion with Cruz and university officials.

Walker was able to get one more question in before Cruz was escorted to his car, this time addressing the restricted number of students permitted to attend the roundtable discussion.

“We sat down with students— that was the meeting,” the senator answered.

While Maryland appreciates the unique chance to meet with the senator, he hopes for a more open communication channel in the case of a future visit. He is confident that had the SGA surveyed campus opinion in the weeks before the senator’s visit, some students might have been more inclined to engage in the roundtable discussion.

“I think that we just [need to] have more clear communication moving forward across the campus,” Maryland said. “We can have those uncomfortable conversations.”

Although most students initially opposed the senator’s visit to the HBCU campus, Maryland revealed that many now saw the opportunity to meet with a senator as a possibly beneficial experience.

In contrast to Cruz’s political history with minorities, Maryland is weary of the senator’s intentions, wants to see further initiatives strengthening historically black institutions and colleges, and wants to see TSU on an equal footing with the University of Houston.

U.S. Sen. Borris L. Miles, a Democrat from Houston, raised his “concerns” about the senator’s college visit on his Twitter account, referring to it as “political theater.”

While the Texas senator acknowledged the university’s efforts to welcome everyone interested in improving the school, Sen. Miles said that he is particularly “skeptical” of Cruz’s motivations after publishing his book aimed at teaching conservatives how to combat critical theory.

TSU said in a statement that it promotes varied campus perspectives and welcomes dialogue with political officials who can advocate for the institution.

Texas Southern University welcomes conversations with any of our elected officials who are interested in advocating for our campus resources and our students. We support and respect the diverse views of our campus community, especially our students, as we transform TSU together.

Freedmen’s Town’s history is buried deep in its roots 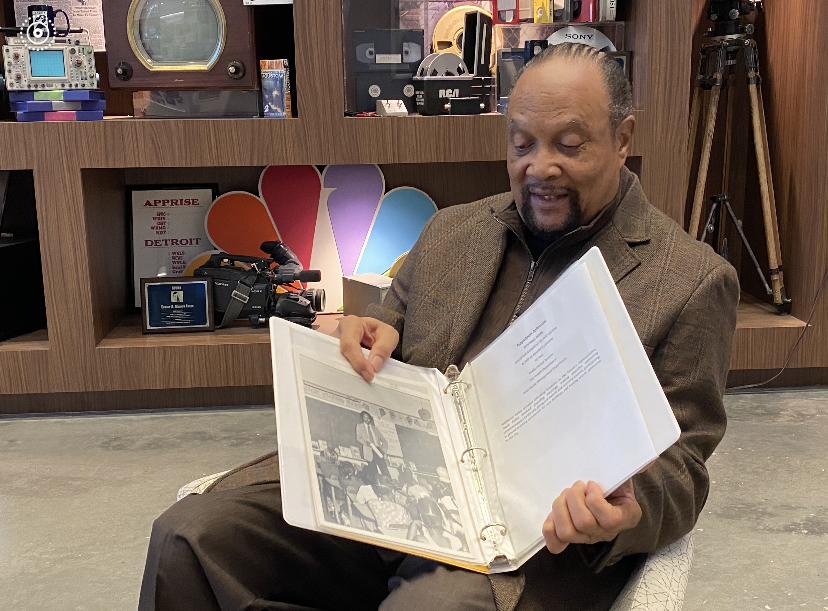